Lookout, a mobile-first, cloud-based security company, implemented Ingeniux CMS to help them take their message about mobile security around the world. Impressed with the translation and localization features the platform provides, they knew Ingeniux could help them connect with an international audience. 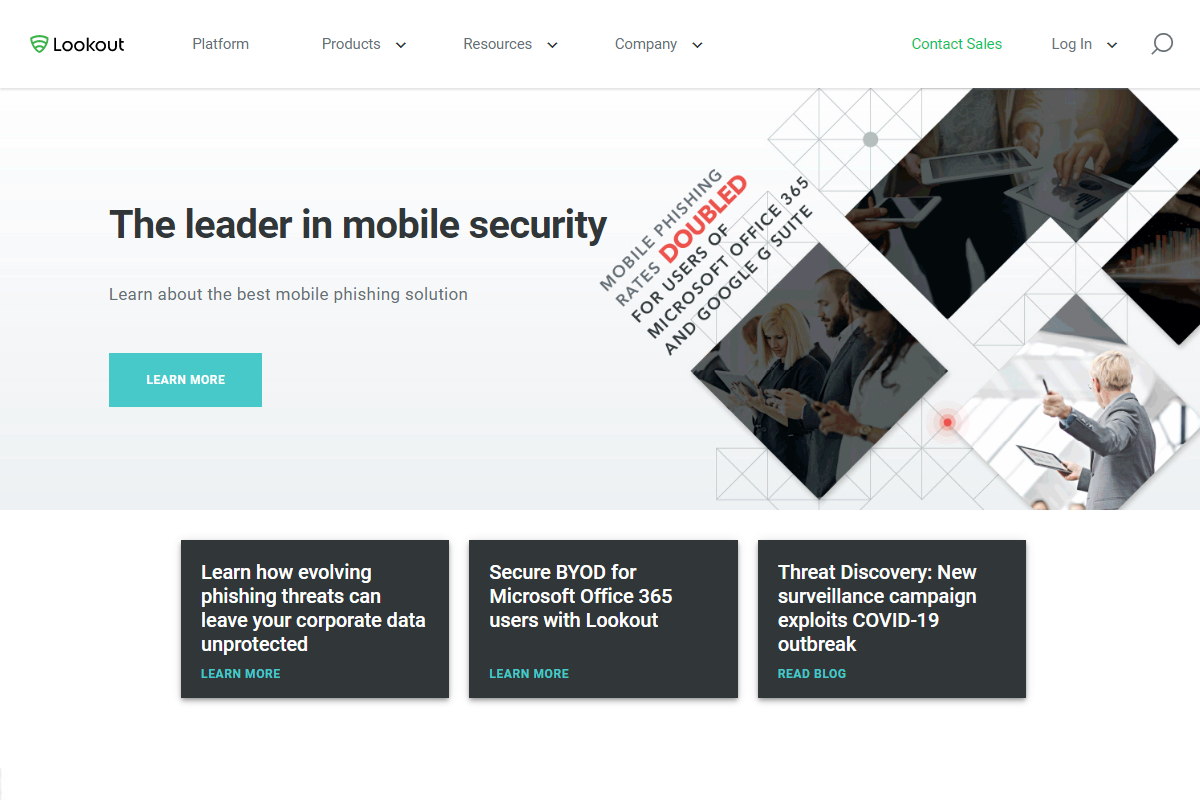 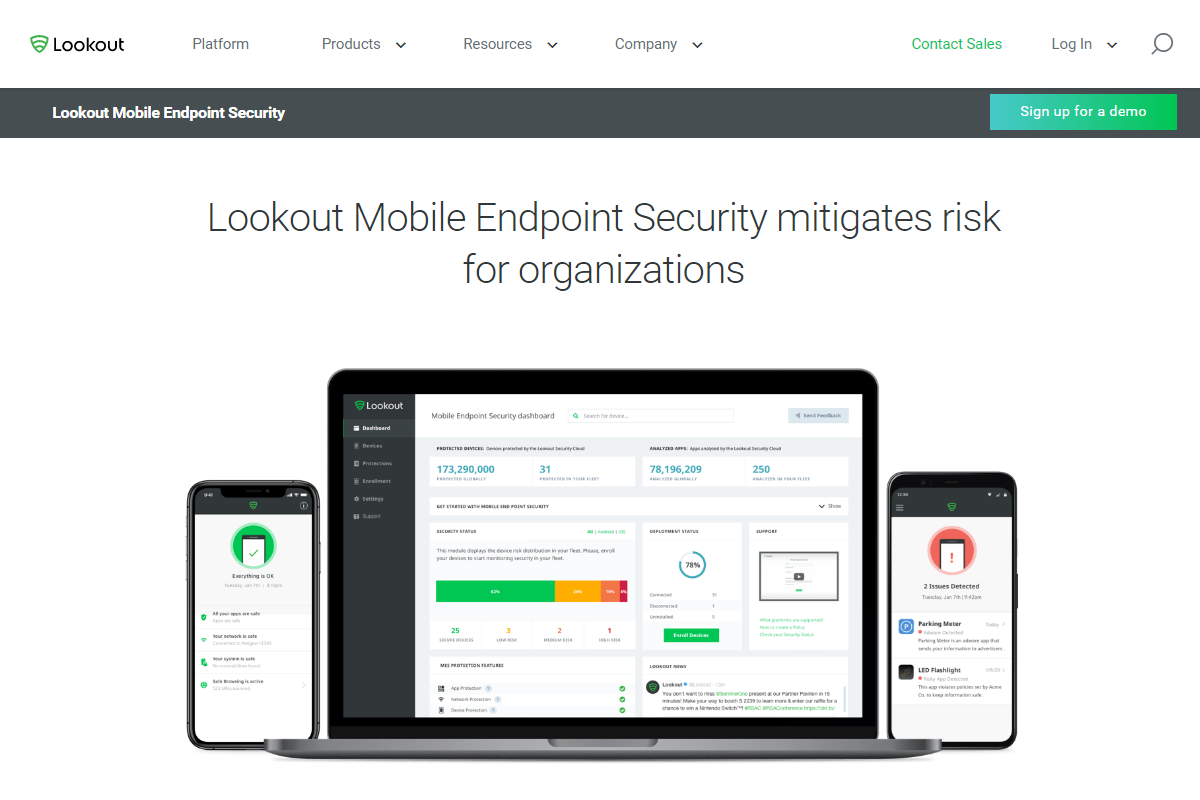 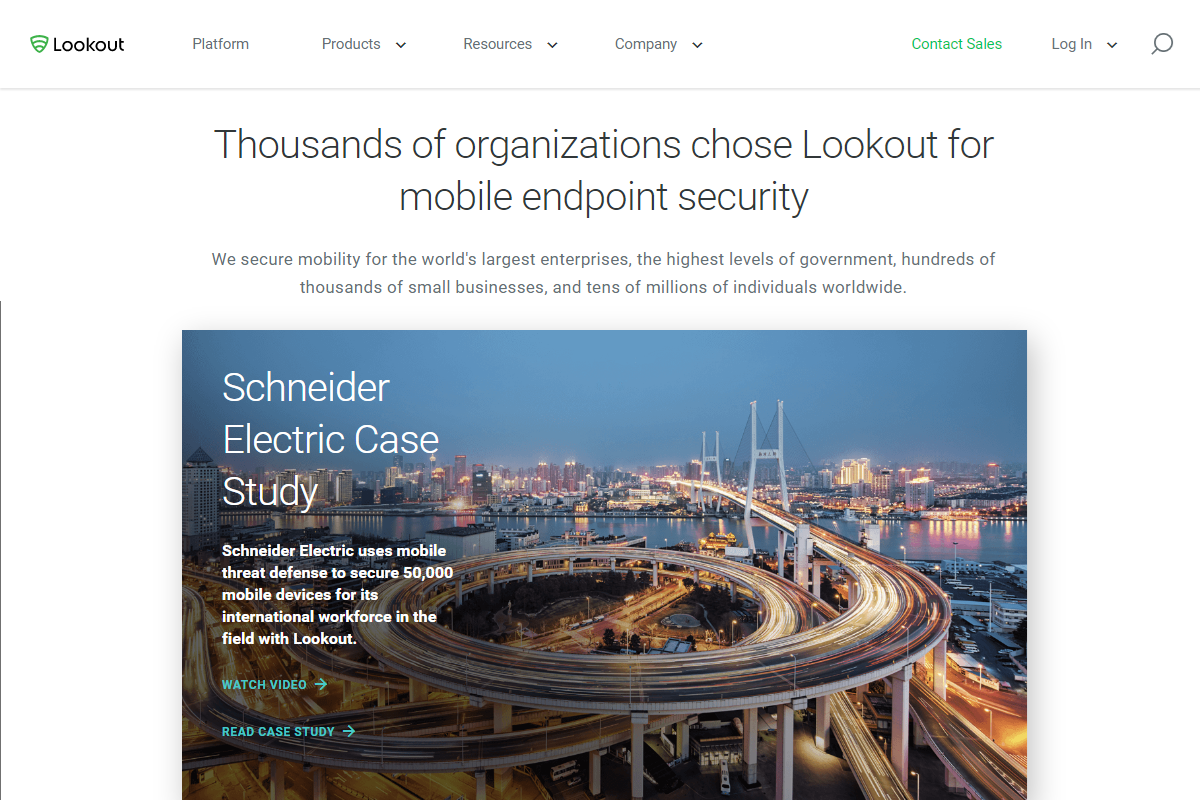 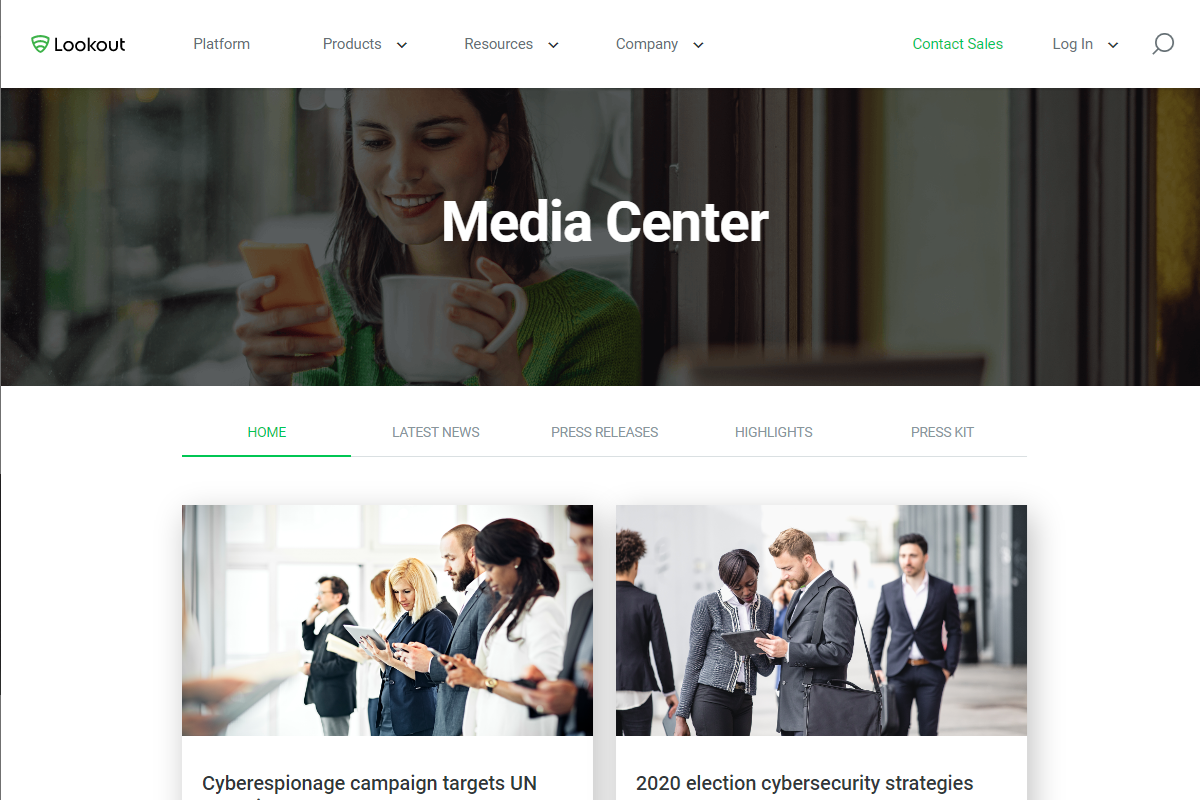 Lookout was started by hackers – but for good. Mobile devices contain some of the most sensitive information, making them prime targets for cyber-attacks. Lookout was able to demonstrate that certain mobile threats were real and set out to create a solution that would work for individuals and businesses.

Lookout’s heritage on mobile -- protecting tens of millions of people around the world for nearly a decade -- has given it access to virtually all the mobile code in the world. With a dataset of more than 35 million mobile apps, and up to 90K added daily, the Lookout Security Cloud conducts complex correlations and predicts future risk, identifying threats that would otherwise evade legacy systems and go unseen.

In addition to providing security products, Lookout is a trusted resource for its customers and the general public, providing friendly and approachable advice and insights about how to stay safe in an increasingly mobile world. Lookout wanted to maintain its thought leadership position while simultaneously providing the appropriate experience for its growing enterprise customer base.

Part of the rebranding and messaging transformation involved a website project to help get the new message out. Bermudez, a former user of Ingeniux CMS with his past company, knew this was the tool to help them achieve this business goal.

Aujasvi Chitkara, Sr. Manager, Web Development, talked about the challenges with the existing web publishing technology used by Lookout. He said it didn't allow them to grow as fast as they wanted. The publishing system wasn't very modular, and each web page had to be created individually in the system. They needed something different as everything they created was very static. They didn’t even have a true tree structure and all pages lived on the same level.

The website design project followed a structured design process. Using Ingeniux CMS, they developed 20-25 modules that contain specific content or functionality. For example, they created a large and small Hero module, a carousel module, a testimonial module, and so on. They could then plug and play these modules into different web pages.

Next, they built 9-10 page types to build their web pages. Chitkara said this provided extreme flexibility to the design team – one of the biggest achievements of this redesign project.

Lookout also uses the Ingeniux Lucene API to provide a robust Ajax-based search page offering real-time results, and the ability to exclude topics or content based on taxonomy.

There are a couple of ways taxonomy is leveraged. First, they use a functional taxonomy to exclude or remove content from search or other resources. Second they use functional tags like resource type or content topic to tag their content so that it automatically shows up on defined pages. This approach enables them to grow the taxonomy as Lookout grows.  Chitkara said the taxonomy capability in Ingeniux CMS was very straightforward and easy to use.

Bermudez and Chitkara both came from a company that used Ingeniux CMS. They knew it was the CMS platform they wanted to use for Lookout for a couple of reasons:

At Lookout, they decided to build their website using the Dynamic Site Server (DSS) to quickly publish content. Using DSS, publishing time was reduced to 3-4 seconds and all content assets are versioned, both improvements compared to how they used Ingeniux in the past. Using the DSS, Lookout has two publishing targets: Staging and Production. Content is first published to Staging where it is reviewed and approved, and then published to Production.

The Lookout website works with Akamai CDN and is responsive, so it works on all devices.

Lookout now looks forward to moving to Ingeniux 10 and using the improved Digital Asset Management capabilities, where all assets were versioned and tracked.

Both Bermudez and Chitkara have seven to eight years' experience with Ingeniux CMS, so they understood how it worked. Still, there were some challenges. First, the designs they created were nice, but they were complicated, and the go-live timeline was short. It took some time to turn the designs into HTML templates. This isn't a technical challenge but shows how much work can go into the proper transformation of designs.

It also took some time to understand how the modular architecture would work. Out of the box, Ingeniux uses Bootstrap or Foundation frameworks, but the Lookout team wanted to use Materialize because their designs worked well with it. Ingeniux can support different frameworks, but there was a learning curve around this new framework. In the end, thanks to a team effort between both Ingeniux and Lookout, everything worked out well.

Lookout also required a number of customizations to the Lucene API.

Finally, Lookout wanted to monitor its website using its security tools. This required integration between Lookout's managed instance of Ingeniux CMS and its cloud-based security environment.

The relationship between Lookout and Ingeniux was collaborative, allowing Ingeniux to come through in many ways. One example was a go-live issue that was determined not to be the fault of the Ingeniux implementation, but still the Ingeniux team worked hard to help resolve it as quickly as possible.

Bermudez said that the Ingeniux team worked the same as they did - "...recognize there's a problem and get to a solution as quickly as possible. No pointing fingers, let's just get the job done."

In all, the project took about 10-12 weeks which Bermudez recognized was an aggressive timeline. "The Ingeniux platform is 24 times less expensive than the most expensive CMS. This system brings more value than a system like that," said Bermudez.

For Lookout, it is critical to get systems in place that will help them grow quickly. Ingeniux is one of these systems.